Pascal Ackermann, born January 17th 1994 in Kandel, is a German professional cyclist. He was the first German in the history of the Giro d'Italia to win the points classification (maglia ciclamino, 2019).

Pascal Ackermann was a successful track racer as a junior. In 2017, he joined BORA hansgrohe, where he celebrated numerous victories. On May 1st 2019, he won the Eschborn-Frankfurt WorldTour race.

He was named "Cyclist of the Year" by the German Cyclists' Federation in 2018.

In the 2020 season, Ackermann won, among other races, the bronze medal at the European Championship road race and two stages each at Tirreno-Adriatico and the Vuelta a España. 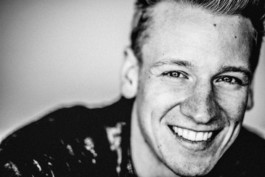